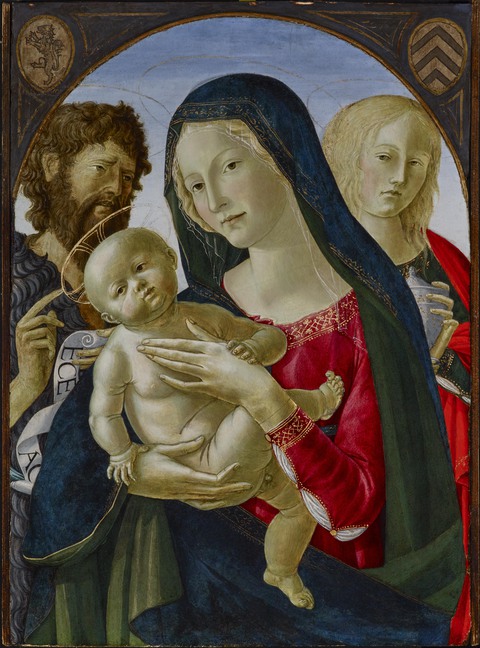 Madonna and Child with St. John the Baptist and St. Mary Magdalene

Inscription: On the scroll held by St. John the Baptist: “ECE…A” (abbreviation for “Ecce Agnus Dei,” or “Behold the Lamb of God”).

Distinguishing features: Two escutcheons in the spandrels in the upper corners. In the upper left: a lion, outlined in black and with its claws, tongue, and genitalia accented in red, standing on its hind legs and facing the right. In the upper right: a three-chevron design in alternating white (now darkened) and brown. 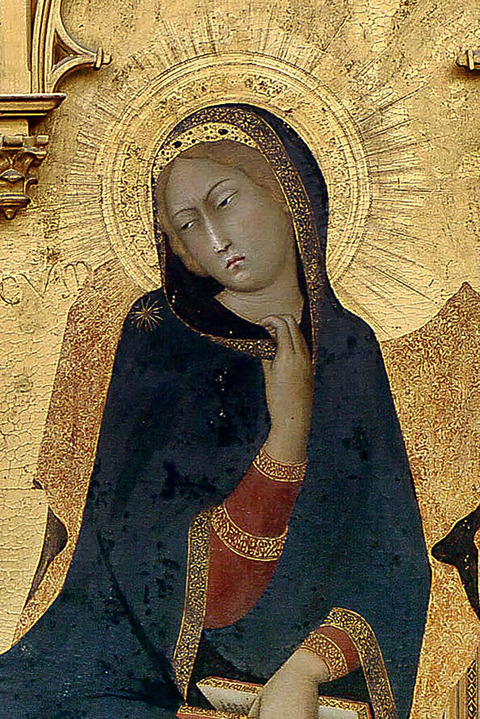 Figure 1: Simone Martini (active by 1314–died 1344) and Lippo Memmi (active by 1357–died 1356), Annunciation with Saints Ansanus and Margaret (detail), 1333, tempera and gold on panel, 184 x 168 cm, Galleria delle Statue e delle Pitture, Gallerie degli Uffizi, Florence.
8
Link Copied
The Clowes painting also registers a strong response to one of the most famous “foreign” artists active in Siena during the late fifteenth century: Luca Signorelli (active by 1470–died 1523). A native of nearby Cortona, Signorelli was active in Siena in about 1490, when he painted a monumental polyptych for the Bichi chapel in the church of Sant’Agostino. Now dismembered and dispersed among various collections, this altarpiece included two painted side panels and a predella, or base, as well as central niche housing a sculpture of St. Christopher executed by Francesco di Giorgio, Neroccio’s former partner.10 In the Clowes panel, the solid modeling of the figures is clearly engaged with Signorelli’s example; the Magdalene, for instance, reinterprets the same figure in the left lateral of the Bichi altarpiece (fig. 2), while the vigorously drawn Christ child—his rotund and fleshy body rendered in strong, sculptural contrasts of light and dark—offers a parallel to the nudes in the two fragmentary panels that once formed the backdrop of the altarpiece’s central niche (Toledo, Ohio, Museum of Art). Morphologically speaking, the child can also be compared with the infant in Signorelli’s tondo at the Galleria Corsini in Florence and the now fragmentary Madonna and Child for the church of Santa Lucia in Montepulciano, not far from Siena. Both are roughly contemporary with the Bichi altarpiece.11
placeholder
Figure 2: Luca Signorelli (Italian, active by 1470–died 1523), Saints Eustochium, Mary Magdalene, and Jerome (left lateral of the Bichi altarpiece), about 1490, oil on panel, 146.5 x 75.5 cm, Gemäldegalerie der Staatlichen Museen, Berlin. 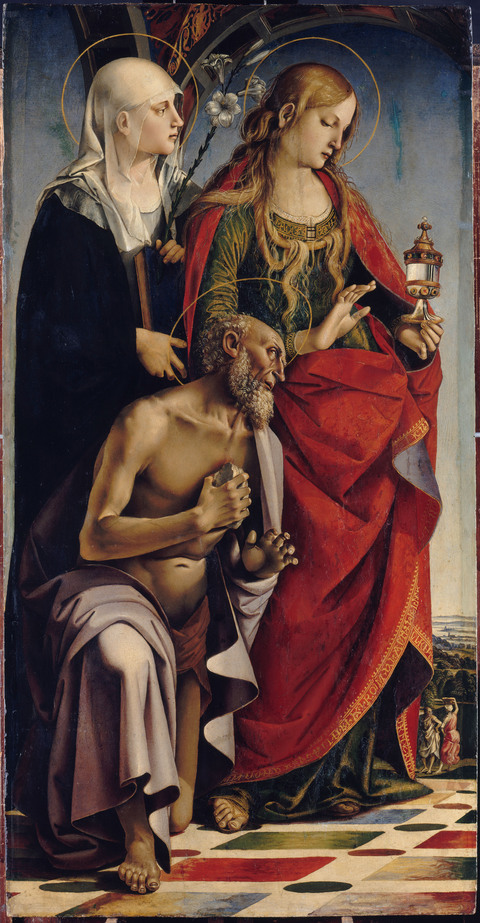 Figure 2: Luca Signorelli (Italian, active by 1470–died 1523), Saints Eustochium, Mary Magdalene, and Jerome (left lateral of the Bichi altarpiece), about 1490, oil on panel, 146.5 x 75.5 cm, Gemäldegalerie der Staatlichen Museen, Berlin.
9
Link Copied
The saturated palette of the Clowes painting, with the “bronze and reddish flesh tones and intense garment colors,"12 is typical of Neroccio’s late phase. It notably departs from the pale, pearlescent color scheme that he preferred in his earlier Madonnas, such as the one at the Pinacoteca in Siena, datable to about 1476 (fig. 3). Taken together with the painting’s close stylistic similarities to Neroccio’s altarpiece at the church of the Santissima Annunziata in Montisi, dated 1496, these features can be used to confirm the painting’s date in the middle of the 1490s, toward the end of the artist’s career.13 A similar date can be applied to several other Madonnas that Neroccio must have also produced at about the same time: these include (but are not limited to) those at the Pinacoteca in Siena (fig. 4), the Palazzo Chigi-Saracini in Siena (fig. 5), and the Museo Horne in Florence (fig. 6). Though the Chigi-Saracini panel was perhaps realized with an assistant, it features a very similar Magdalen (albeit in reverse), a Christ child in an equally dynamic pose, and a Virgin who appears to caress the infant’s chest with a similarly tender gesture. The Horne panel includes a Christ child similar to the one in the Clowes panel, but the more elastic and expressive types suggest an even later date in the final years of Neroccio’s life.14
placeholder
Figure 3: Neroccio (Italian, active in Siena, 1447–1500), Madonna and Child with Saints Jerome and Bernardino of Siena, about 1476, tempera and gold on panel, 98 x 52 cm (including original frame), Pinacoteca Nazionale, Siena. 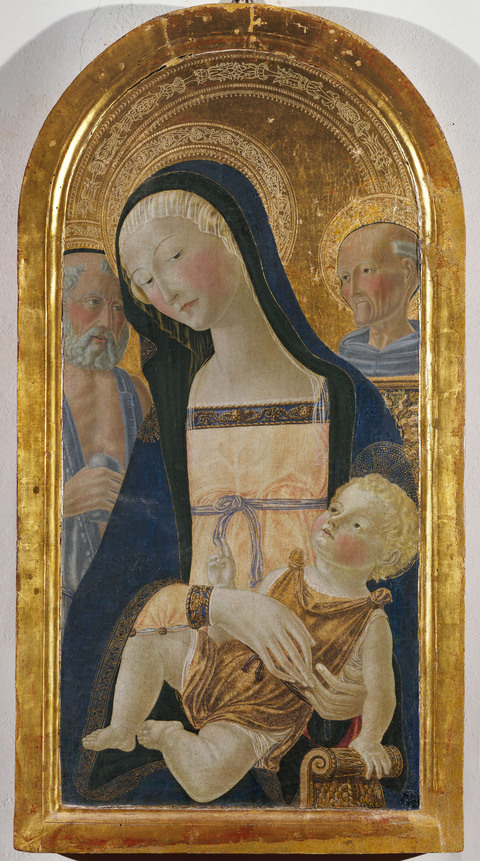 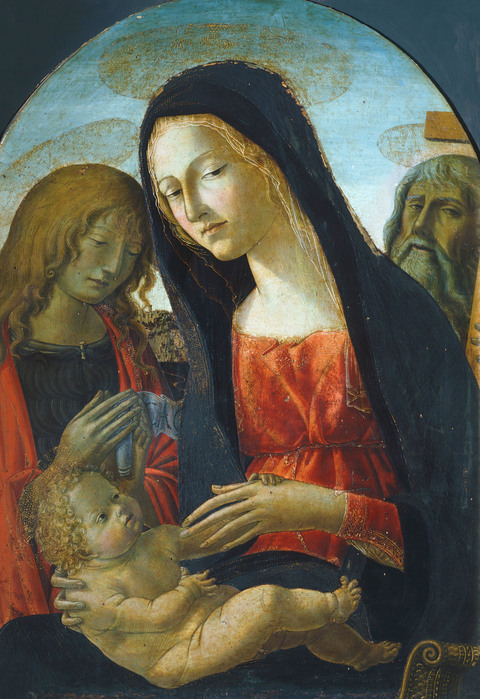 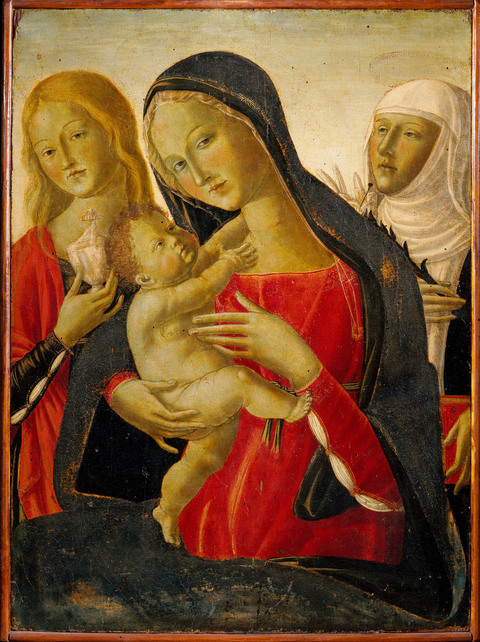 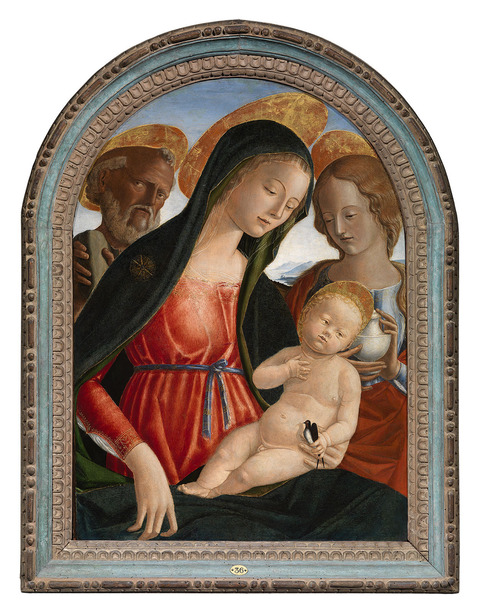 California Palace of the Legion of Honor and the M.H. De Young Memorial Museum, San Francisco, 1940, Seven Centuries of Painting, no. L-8;

The Spanish Institute, New York, 1955, An Exhibition of Paintings for the Benefit of the Research Fund of Art and Archaeology, no. 7;

The painting is composed of a single, arched-top poplar panel that has a slight, convex warp. The spandrels are not original to the picture and were added at a later date, sometime after 1908. The panel retains its original thickness and, despite some insect damage, is in a generally good state. The paint surface is in a fairly good state, though there are some prominent losses (now filled) including an “X” shaped scratch extending across the Madonna’s face and cheek, and a two-part loss in John the Baptist’s hands. The Madonna’s blue robe shows extensive losses and has darkened with age. In addition, most of the mordant gilding of the figures' halos, the Magdalen’s hairnet and pyx, and the figures' garments has been lost, with the notable exception of the hems of the Virgin’s red robe and most of the Christ child’s halo. The contours of the Madonna and Child were incised into the gesso ground; the saints and the rest of the Madonna and Child were then drawn in with a fluid, liquid-based medium, some of which can be seen with the naked eye thanks to the artists' characteristic application of translucent paint layers. Pentimenti are visible in the contour of the Madonna’s head, the child’s proper left cheek, and his proper right index finger. That only the central figures were incised into the gesso ground suggests that they were begun first, perhaps even before the saints' identities were selected by the patron.